Longevity Now: What Can We Do To Live As Long and As Healthy As Possible?

Revealed: The Top 10 Cosmetic Surgery Procedures — And What They Say About Our Insecurities 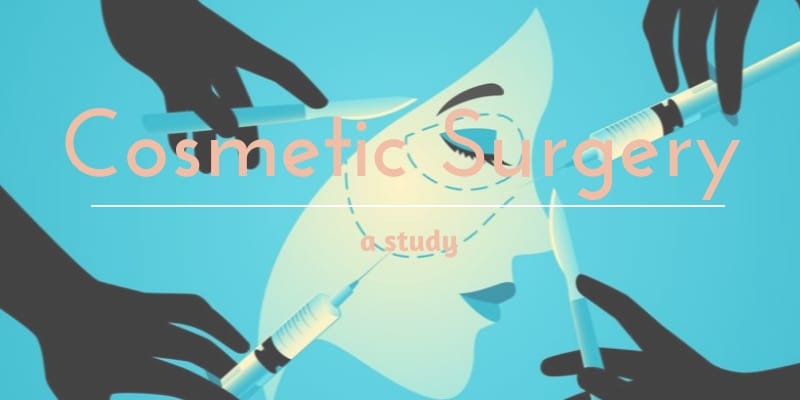 We’ve analysed search data on the Internet to see what types of cosmetic surgery the people of Britain and Ireland are interested in the most — and the results are surprising.

Here are the 10 most commonly searched cosmetic surgeries according to Ahrefs, a tool that collects and monitors keyword searches on platforms including Google, YouTube, Bing and so on. We also checked the popularity of these searches over time, to see if the procedures were being carried out more or less than this time last year:

A lot of cosmetic surgery searches are from men

This might seem surprising at first, but of course men have their own insecurities much like women do. However there is still a degree of stigma, and a perception that cosmetic surgery procedures belong almost exclusively to the domain of women.

The most surprising male dominated (in fact, male exclusive) procedures are the searches for penis enlargement and gynecomastia surgeries. Although bariatric surgery is just about weight loss and could be gender neutral, and that obesity statistics are split fairly evenly between the sexes, the reality is that the vast majority of weight loss surgeries are performed on women and not men.

But it is very intriguing to know that penis enlargement surgery queries come in at a clear third place behind two other very common and well known procedures.

Most types of cosmetic surgery are seeing declining interest, but breast surgery is bucking 2020 trends

All of the cosmetic surgery searches were down considerably, except for four of them. And two of these were breast-related, being breast augmentation and breast lift surgery, which not only saw increases, but massive increases in search volume.

‘Breast augmentation surgery’ searches have nearly tripled compared to last year, back when we were all humbly unaware of Covid-19. And as of November 2020, it has seen increases of 176%.

The query ‘breast lift surgery’ — which is not the same as breast augmentation surgery — saw an even bigger rise. With searches up an extraordinary 363% from this time last year.

So why are both breast lift and breast augmentation surgeries on the up, along with some other procedures, while everything else is down? The answer isn’t exactly clear. But it could be down to the fact that breast surgeries are — at present — a lot more socially acceptable than other types. And the lockdown has given more people the opportunity to get something they have been planning for a long time. Breast surgeries are also relatively straightforward, and because they are so popular, competition between cosmetic surgeries is constantly driving their prices down (comparatively).

The other two types of cosmetic surgery bucking the 2020 trend that may be increasing for similar reasons. They are double eyelid surgery (+20%), which is most popular in people of Asian ethnicity, and varicose vein surgery (+39%).

There is a big increase in gender-reassignment related queries

During our research, we noticed a lot of increased search traffic going towards ‘gender reassignment surgery’ and more. We did not include these queries here because they are not considered to be cosmetic in the eyes of the UK and Irish health services.

Hair transplants are nowhere to be seen

THIS really was a surprise, as hair transplant procedures and other types of hair-related cosmetic work are hugely popular, and we expect them only to become more popular. But although they didn’t make it into the top 10, search queries for hair transplants weren’t too far removed.

With 28,000 monthly searches, laser eye surgery queries blew away the competition. It wasn’t even close with second-placed bariatric surgery (with 9,000 in comparison).

The dominance of this particular type of cosmetic surgery may be down to the fact that almost everybody suffers from visual impairment as they approach their middle-aged years and beyond. Along with the fact that having better vision is very practical and greatly enhances a person’s quality of life. Meaning it is therefore likely to be a procedure that even people who would never think of getting cosmetic surgery would still be interested in.

We didn’t want to flood the beginning of this article with lots of extra numbers. You can see the changes in search volume here, and how we compared them and extracted percentages from them.

To find the data, we used a tool called Ahrefs that monitors how often certain keywords are searched for on a monthly basis on Google. We typed the word ‘surgery’ into the Ahrefs keyword explorer tool, and then filtered through the list. We took care to remove types of surgery that weren’t cosmetic, and other references to surgery that weren’t relevant (e.g. a local doctors ‘surgery’).

To identify trends and popularity increases/decreases, we used the ‘volume trend’ feature on Ahrefs, which tells us how much search volume a query had in November, versus the same time period/month last year.

Are you thinking about a cosmetic procedure?

At our clinic we regularly carry out breast augmentation, breast reduction and breast uplift procedures, among others. Please, do get in touch for more information.

—
*Technically this search query was ‘penis enlargement surgery cost UK’ but the intent behind the searches was the same, as determined by the results that Google returned.